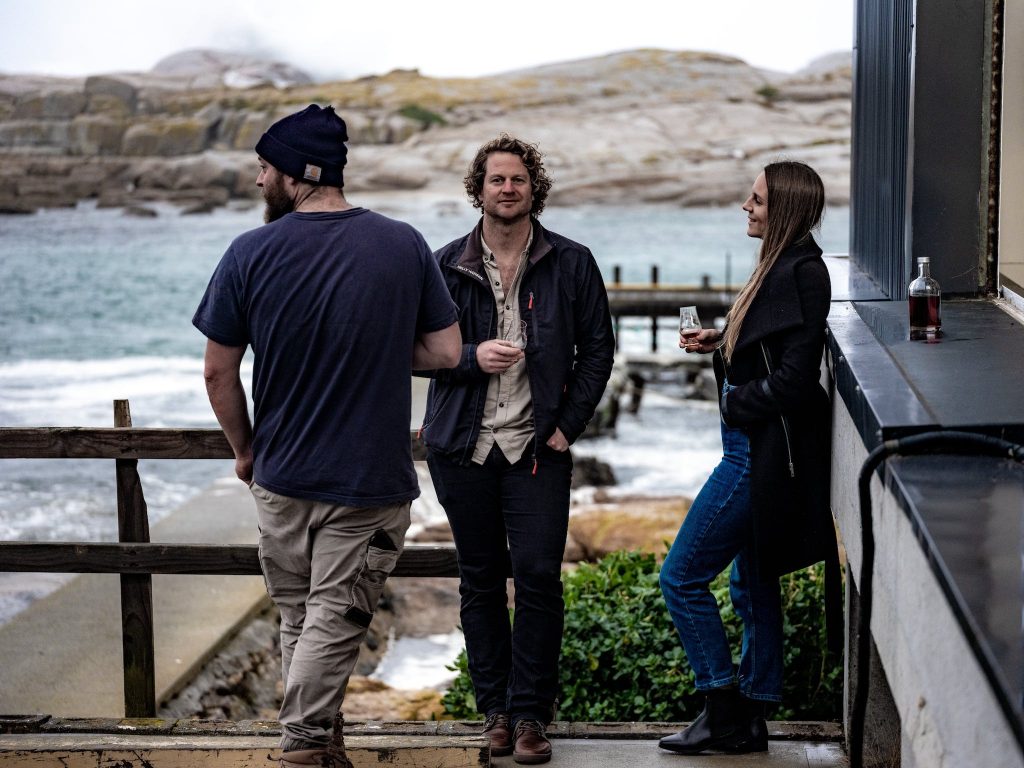 Set on top of the rocks in Bicheno, Tasmania, overlooking Governors Island, what was once an old oyster hatchery is now a world-class whisky distillery with hundreds of casks maturing, 5 salt-laden bond stores and a cooling system run entirely by the ocean.

Rich in history, the name, Waubs Harbour, is a nod to the former town name of Bicheno and honours Wauba Debar, a Tasmanian Aboriginal woman known for her bravery as ‘heroine of the sea’. A tale Waubs Harbour is proudly telling.

Co-founders Tim Polmear, Bec Polmear and Rob Polmear come with a wealth of knowledge with Rob formerly Head Distiller for Overeem Whisky and Head of Production for Lark Distillery.
Officially launching in February 2022, each of Waubs Harbour’s releases to date has sold out in one hour to their email list. Bottles can be purchased from their website or onsite at their distillery.