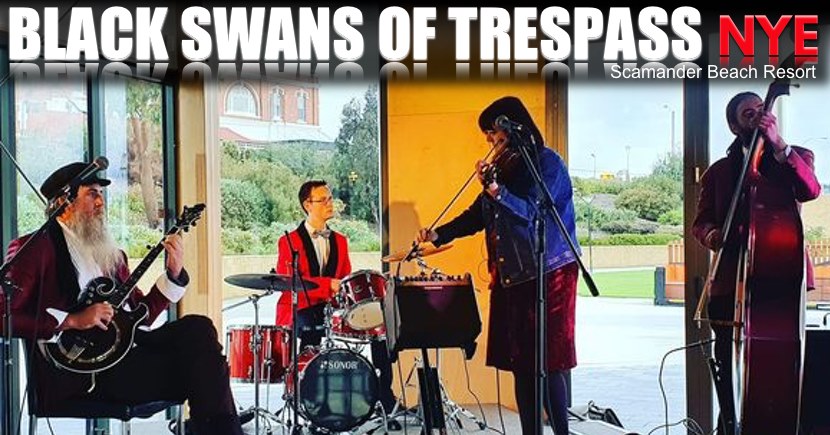 The Black Swans of Trespass explore non-traditional uses of the five-string electric 5 String banjo, with double bass and drums. And fiddle. And sometimes trombone. Or whatever you got.
Under a previous incarnation The Black Swans of Trespass has released two albums which are available on iTunes Music Store. Duttigalla Exile (2007) and The Coward’s Songbook (2008) each feature CC Thornley on banjo with bass, drums and clarinet performing original songs and traditional Australian folk songs and other covers.

DJ GIZ from 11pm til Late

Bring Your Deck Chair!
Food will be available. 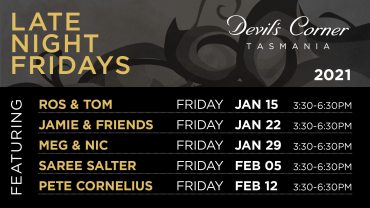 We’ll be staying up later this summer with extended Cellar Door hours for all your tastings and take-aways, live music, and wood-fired pizza dinners from our friends at Tombolo. + LATE NIGHT FRIDAYS: 10am to 7pm + MUSIC: 3:30-6:30pm + CELLAR DOOR: all-day tastings & sales, till 6:30pm + WOOD-FIRED PIZZA: fresh from the Tombolo oven, till 6:30pm
Devil’s Corner
Go 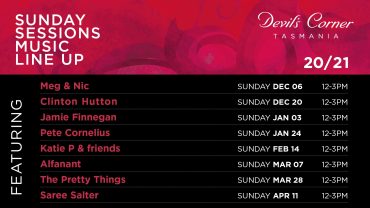 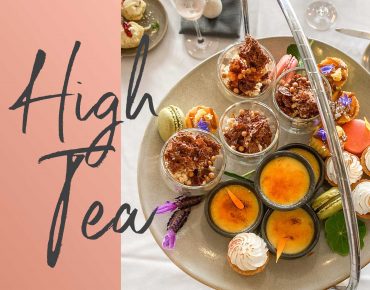 Spend an afternoon in Freycinet National Park, overlooking Great Oyster Bay while indulging our chef’s selection of sweet and savoury treats. $38 per person. Tea and coffee are included. If a glass of bubbles are in order, we can of course provide at an additional charge. Bookings are required. Please phone 03 6256 7222.
Freycinet Lodge
www.freycinetlodge.com.au
03 6265 7222
Go
Show Sitemap