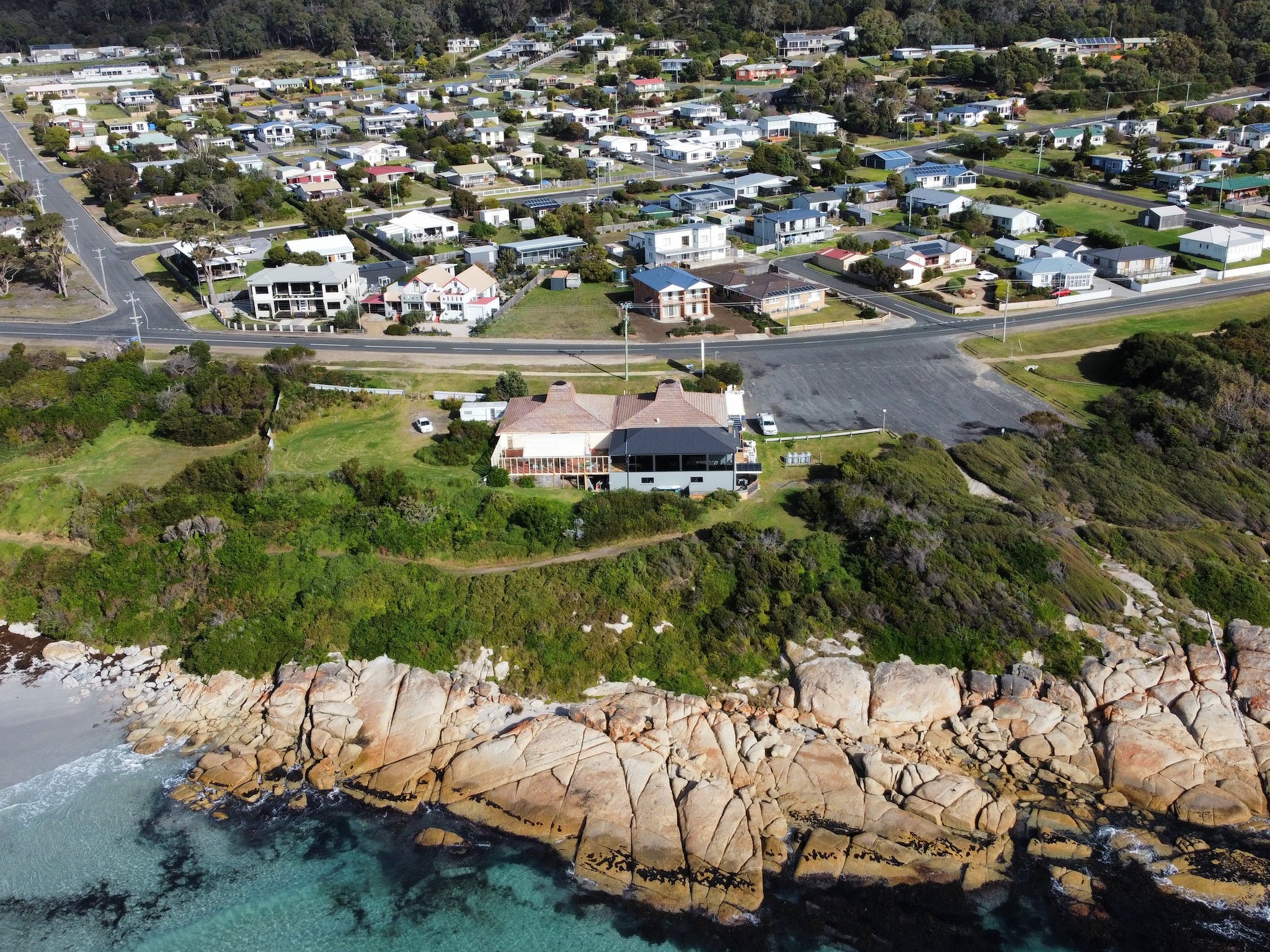 Overlooking the gorgeous Waubs Bay sits the Sealife Centre Restaurant. First established in 1978 as an aquarium for local fish species such as crayfish, octopus, sharks and even an eel housed in 24 tanks and a large central tank. The early 90s brought growth for Sealife with the addition of the glass-fronted restaurant area, new kitchen and outdoor dining area. Due to licensing and regulations, the aquarium came to a close in 2009 however the restaurant continued to flourish.
Moving forward to 2016 the Restaurant was purchased by Peter and Narelle who made the move to Bicheno one year later. Growing up on rural farms in the Northern Tablelands of NSW Peter and Narelle have owned & operated a butcher’s shop and several restaurants over a 30-year span. There is a wealth of knowledge between them Peter being a chef and butcher and Narelle running the floor. Coming from country NSW fresh seafood was rarely available so moving to Tasmania has opened many doors to explore the fresh produce right at our doorstep. At the modern-day Sealife Centre Restaurant, we pride ourselves on using the freshest and highest standards of local Seafood, Beef, Lamb, Pork, Chicken and game meats available. Menu changing with the seasons with Vegan and Vegetarian Options Available. We hope you enjoy your meal which has been prepared with respect.